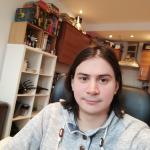 A general discussion on native Drupal CRM and how it compares to integrating with other CRM system, with particular focus on the Contacts module in Drupal 8

Drupal 8 brings with it a whole host of features that mean we truly believe Drupal will be a superior basis for CRM that can compete with many of the current CRM offerings. Drupal 8 has also allowed us to greatly simplify its architecture allowing us to achieve much more with less code and be much more plug and play.

We started a CRM group in Drupalcon London 2011 and think that still there is a great deal of mileage in Drupal and CRM so feel free to come along and discuss the state of Drupal and CRM.

Our focus is on the Contacts module: https://www.drupal.org/project/contacts

Note: This module is built on top of the decoupled auth module that is much simpler then the party module at getting drupal to do basic CRM by merely taking the User entity and making authentication settings optional. The rest of Contacts is then just built off of Users. This contacts module is a replacement of "OpenCRM" which I have