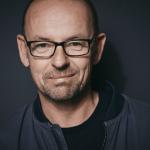 DC is vendor and developer of DAM systems mainly for the classic publishing industry. We like to introduce how Drupal and Thunder are integrated as part of a multichannel publishing strategy at these customers.

ONE SYSTEM FOR ALL CHANNELS

DC-X is the cross-editorial and cross-national depository for all Ringier content. It is here that agency wires and photos come in, that journalists research and write their articles, that picture editors look for material and that articles and pages are archived and held for further processing. APIs based on JSON and AtomPub connect DC-X to the other systems used by Ringier:

Content is created in a media-neutral way using the DC-X Story editor before being delivered to the different channels. According to Marco di Bernardo, Head of Innovation & Platforms, “one of the big advantages of DC-X is that it is extremely easy to connect to other systems using standard technologies.”

DC-X is connected via APIs to third party editorial and content management systems for print and online. Articles are created in the media-neutral Story Editor and can be delivered to all channels in just a few clicks.

If an editor wants to publish an article through a Drupal based channel he assigns it to the channel, Drupal gets triggered and grabs the article using the DC-X Json API. The provided XML and the additional meta- and publication data are used to let Drupal decide how and where the article is going to be published. The interface Drupal - DCX works bidirectional. If the article is getting updated in DCX or in Drupal both systems get synchronised in real time.

If an editor is now using this story to create a version for the daily paper. He is just doing a few print specific cuts and changes, assigns the story to “Woodwing” and to chooses the target publication, issue and section. A trigger at the system interface transfers the print story to the Woodwing system. As a result of this, the story – now labelled with the status “Woodwing” – is blocked from further use in DC-X. Corrections can still be applied using InCopy; they are automatically written back to DC-X. The editor is now done with this article and can deal with other topics.

Before DC-X was introduced at Ringier, editors had to create a separate story for each publication in every system, which made it hard to keep track and to organize the content consistently.

AT THE HEART OF THE NEWSROOM

At Ringier, the introduction of DC-X was part of an extensive restructuring effort aimed at abolishing the limits between Print and Online.

Ringier wanted the journalist to find pictures, videos and text documents in one place, and let them write articles in one place.